NYTimes – Tainted Water, Ignored Warnings and a Boss With a Criminal Past.

NEWARK — In the year after receiving test results showing alarming levels of lead in this city’s drinking water, Mayor Ras Baraka of Newark made a number of unexpected decisions.

He mailed a brochure to all city residents assuring them that “the quality of water meets all federal and state standards.”

He declared the water safe and then condemned, in capital letters on the city’s website, “outrageously false statements” to the contrary.

UPDATE
Newark says water crisis is easing as lead filters prove mostly effective.
And he elevated an official to run the city’s water department who had served four years in prison for conspiring to sell five kilograms of cocaine.

The moves were the latest in a long line of questionable actions that have created one of the biggest environmental crises to hit a major American city in recent years. This month, the city told tens of thousands of Newark residents to drink bottled water, but only after receiving a stern warning from federal officials about lead leaching into tap water from aging pipes.

The water emergency has torn at the fabric of Newark, recalling the public health crisis over lead contamination in Flint., Mich., and highlighting the decay of the nation’s infrastructure, particularly in poorer cities.

It has sowed anger, anxiety and confusion among residents, who question whether the city’s negligence has endangered its youngest citizens. More than 13 percent of the children in New Jersey afflicted with elevated lead levels in 2017 were in Newark, which accounted for only 3.8 percent of the state’s children.

The crisis could also cast a shadow over the presidential campaign of Senator Cory Booker, who served as Newark’s mayor from 2006 to 2013.

In 2013, an agency that Mr. Booker had revamped was gutted over a scandal involving kickbacks, no-show contracts and millions of dollars in wasted public funds. Eight officials were later charged in federal indictments, six of whom pleaded guilty.

Some advocacy groups claim that the scandal distracted Newark officials from monitoring the water supply, possibly setting the stage for the current lead crisis. 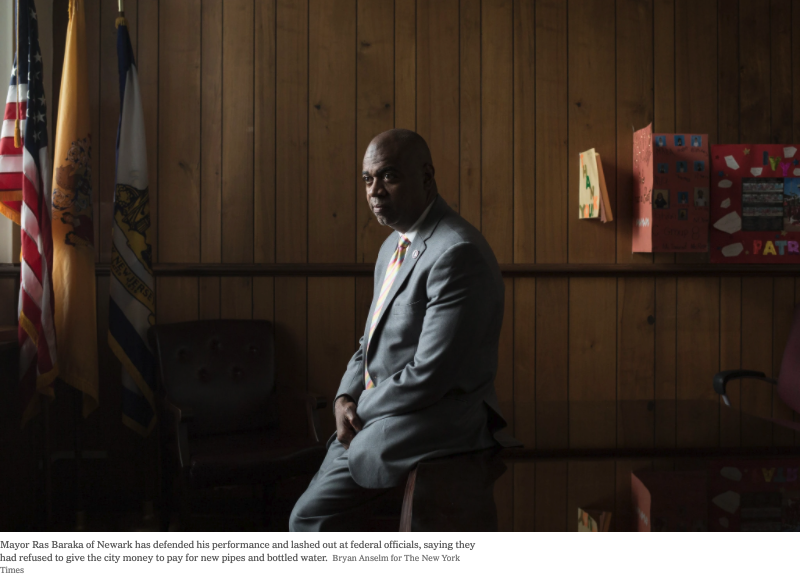 An investigation by The New York Times, based on dozens of interviews and hundreds of pages of public records, reveals blunders at all levels of government in safeguarding Newark’s water infrastructure. City officials brushed aside warnings and allowed the system to deteriorate, while state and federal regulators often did not intervene forcefully enough to help prevent the crisis.

“There clearly has been a systemic failure,” said Erik Olson, a senior director at the Natural Resources Defense Council, an environmental group that has sued the city over the lead levels. “Residents of Newark are the ones harmed by the top-to-bottom failures of government.”

In fact, as the crisis has grown in recent weeks, officials have turned on one another, in an apparent effort to shift blame.

In an interview, Mayor Baraka defended his performance and lashed out at federal environmental officials, saying they had repeatedly refused to give the city money to pay for new pipes and bottled water.

“We have been getting no love from them, from that place at all,” Mr. Baraka said, adding that he was not criticizing the federal scientists on the ground in Newark.

Mr. Baraka defended his decision to appoint Kareem Adeem as acting director of the water department in November, overseeing a system that provides water to 400,000 people in the city and surrounding communities.

In 2011, Mr. Adeem was released from federal prison after serving four years for conspiring to sell five kilograms of cocaine, according to court records.

“His knowledge of this stuff is unparalleled,” Mr. Baraka said. “There’s no one else in the city who has the level of information, and I have full confidence that he knows what he’s doing.“

For his part, Mr. Adeem said he and his team were working hard to address the crisis.

“Early on in my life, I made some bad choices,” he said. “I got a second chance. And I’m going to take full advantage of my second chance, helping my city that I love.”

“It’s not an easy job,” she said. “There are a lot of regulatory requirements. Someone is in a better position if they’ve got an engineering background and some management experience.” 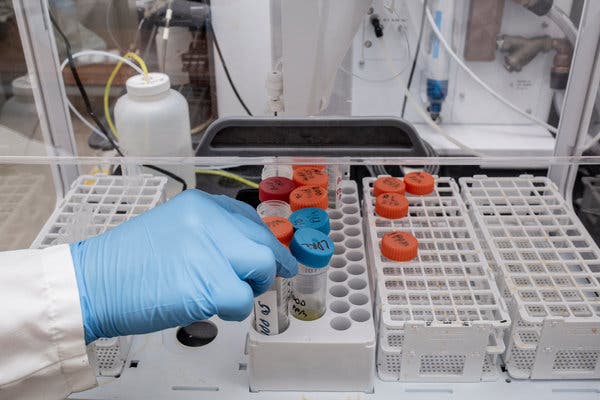