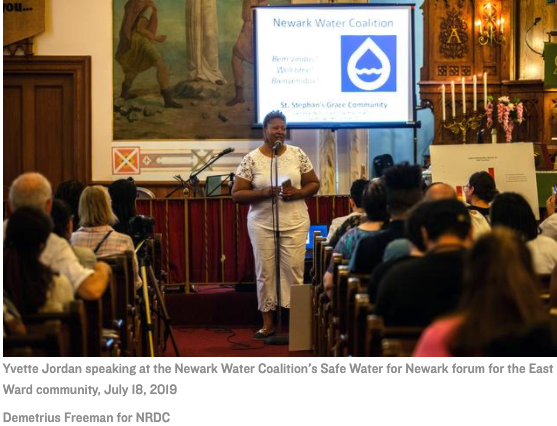 An Environmental Justice Advocate Inspires Others to Become Agents of Change

If you sat in on one of Yvette Jordan’s high school history or social justice classes, you might hear her pleading with students. Not asking them to be quiet, but urging them to speak up. Even if it’s over something that seems simple.

Often, their reply is, “Ms. Jordan, that’s not going to work.”

Similarly, when she talks to marginalized communities about standing up for themselves, they can feel it’s an overwhelming task. “Then I give small examples,” she says. “Like a stoplight you want to change because someone had an accident. You can write to your councilman. I talk about how those small changes can make a difference and then usually, they start nodding their heads.”

Jordan, who teaches at Central High School in Newark, New Jersey, has more recently taken up advising communities confronting environmental injustices across the country. And like many justice advocates before her, she pulls from the best source she has: her own life experience. The major impetus for supporting other impacted communities​ dates back to 2018 when she discovered high lead levels in her water—another symptom of what became known as the Newark lead water crisis. The lawsuit that NRDC and Jordan’s group, Newark Education Workers Caucus (NEW Caucus), brought against the city and subsequently settled, garnered national attention over the past three years. The result: A few weeks ago, the city announced it had finished replacing all 23,000 lead pipes, a project originally expected to take a decade. Safe water advocates now consider Newark a national model, but Jordan is quick to remind the people she counsels why that’s the case. Her community was “screaming and yelling” for change.

Now, she’s replicating that approach by sharing her story so other communities know what to do when environmental injustice happens in their backyards. “I feel it’s my mission to raise the voices of the disenfranchised,” she says.

And that’s exactly what she’s done.

AN EVOLUTION IN ADVOCACY WORK

Advocacy probably comes more naturally to Jordan than most. She grew up in Staten Island, New York, where she witnessed her father, a Democratic committeeman, registering people to vote and working for a councilman. “[My parents] instilled in me a love of civic engagement, being a part of your community, and doing what is right,” she says.

Eventually, Jordan served as a policy analyst for youth services in New York City during Mayor David Dinkins’ administration. The role helped her understand exactly what it took to make governments move. During that time, the administration formed a close relationship with Nelson Mandela, who was later elected president of South Africa. Jordan went on to serve as a consultant to NGOs and local governments there.

That all came in handy when the lead in Newark became a personal problem.

Jordan points out that the city’s initial response was lacking until residents fought back and the Environmental Protection Agency stepped in. “She took a lot of flak in the beginning because sometimes when you call out a local government, they can get defensive and attack the messenger,” says Jerry Epstein, a senior trial attorney at NRDC and the lead lawyer in the Newark case. “It took a lot of courage. It’s great that she can go to other communities now and say ‘Stick to it. It may be bumpy for a while, but it can work in the end.’” 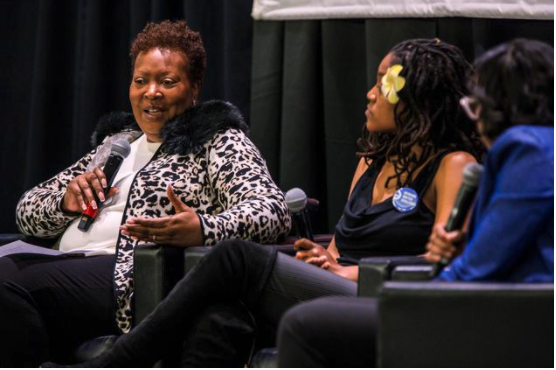 As her work in Newark continued, Jordan began participating in national panel discussions about the fight for clean water and became involved in conversations about the role of women in addressing injustices like the Newark lead water crisis. Today, she also serves as co-chair of the Lead-Free New Jersey Advocacy Coordinating Committee, where she works in concert with other members to recommend and implement a coordinated strategy that will result in holistic lead remediation. In that process, she tries to empower those who are not traditionally heard to speak and elevate the issues in their own community.

This inclusive stance is critical to the organization’s mission. Through its work, it is pressing for equitable lead-free policies at the local and state level, building the capacity for collective action, and amplifying the voices of affected communities and individuals. Its ultimate goal: a lead-free state within the decade. A recently signed New Jersey law, which is in no small part due to the achievements in Newark, also requires the state to replace all of its lead water pipes within roughly the same time period. Together, this is monumental in a country where an estimated 12 million lead pipes carry drinking water to 22 million people.

That targeted and equitable approach extends to much of Jordan’s advising. In fact, the first thing she tells any community looking for change is to form a coalition. “I tell them coalitions are an excellent example of using your voice and not feeling as if you’re alone.” Plus, she says it makes your aim something less likely to be ignored.

The other major piece of advice she has is to be clear in your purpose and goals. And most certainly to center who you’re advocating for. For example, the mission at NEW Caucus was to advocate for students, families, and the community. So when NRDC approached members of the group to serve as plaintiffs, the lawsuit dovetailed perfectly with what they were doing.

THE COMMUNITIES AT STAKE

But speaking up, especially for disenfranchised groups, can be complicated. From polluted air to dirty water, communities of color nationwide bear the brunt of environmental injustice. Black Americans are exposed to more pollution from every source. Being Black is also a bigger risk factor for lead poisoning than poor housing. And Black Americans are 75 percent more likely to live near oil and gas refineries.

Unfortunately, this is what makes Black and brown communities the experts. Because of this burdensome expertise, Black communities have been leading on environmental justice (E.J.) for decades, yet were largely ignored by a predominantly white environmental movement for about as long.

In 1987, a landmark report revealed race was the greatest determining factor of whether an individual lived near a hazardous-waste facility. In 1991, hundreds of E.J. advocates descended on Washington, D.C., for the First National People of Color Environmental Leadership Summit, where participants drafted 17 E.J. principles. By 1994, President Bill Clinton signed the first-ever executive order on environmental justice. 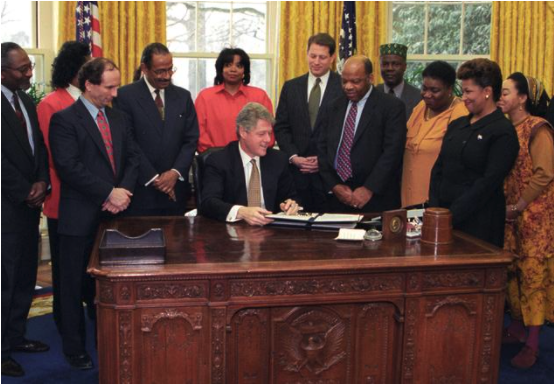