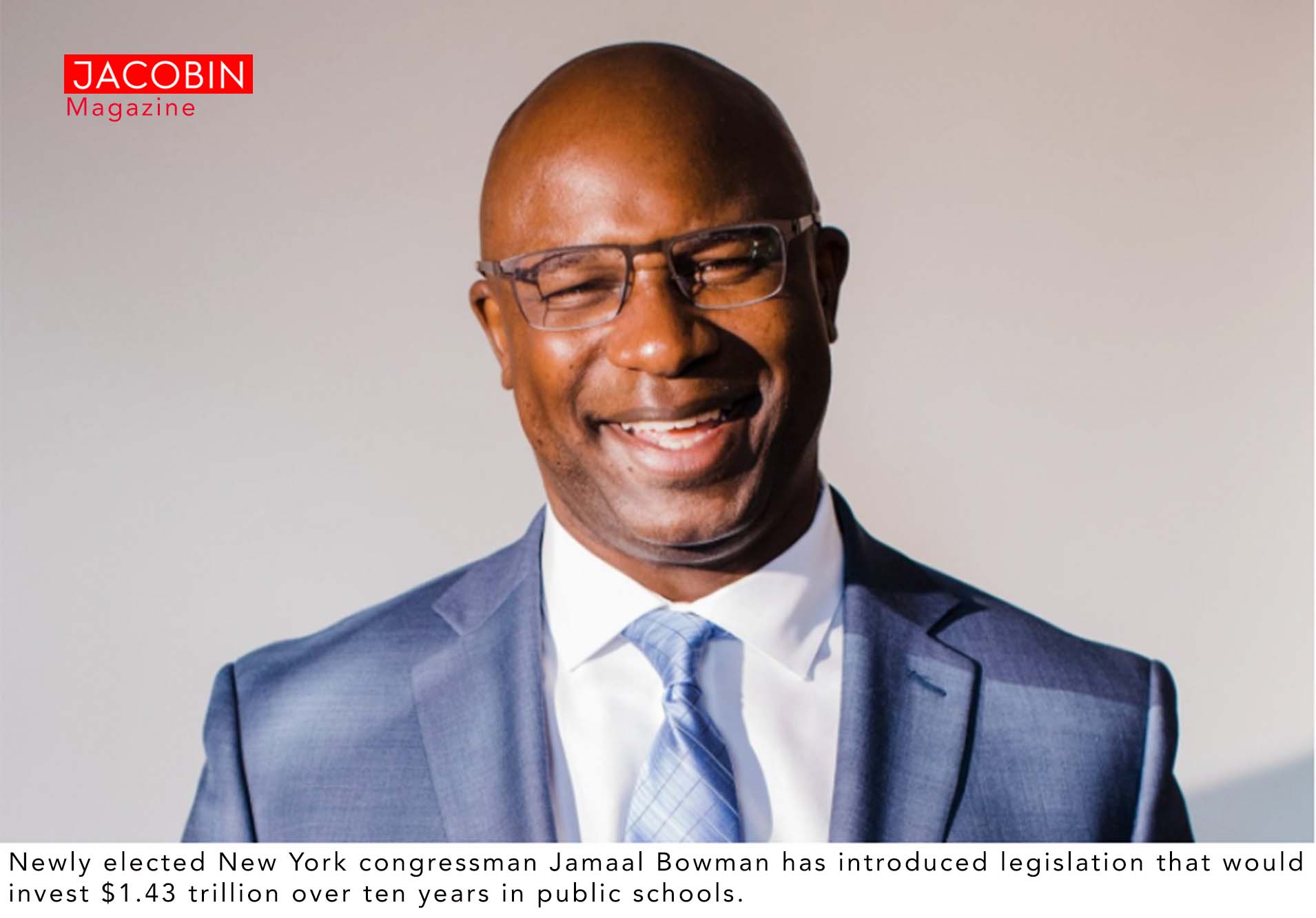 In the Fight for a Green New Deal, Schools Are the New Front Lines

Global warming is here, wreaking havoc and terror, and even as children return to school under uncertain pandemic conditions, our public school system — especially in working-class neighborhoods — is, like so much of American infrastructure, a disgraceful wreckage. Schools are understaffed. Buildings are poorly ventilated, with windows that don’t easily open, and science labs and bathrooms in varying states of disrepair. A new socialist congressman has proposed addressing these problems with a Green New Deal for Public Schools. With a dynamic national organizing campaign, Democratic Socialists of America (DSA) has been pushing to make it happen.

This summer, as wildfires and hurricanes ravaged the country, newly elected New York congressman Jamaal Bowman, who was endorsed by DSA and represents Yonkers, parts of the Bronx, and southern Westchester County, introduced the legislation, which would invest $1.43 trillion over ten years in public schools, to upgrade them for energy efficiency and health, and to hire and train hundreds of thousands of new staff (education jobs are green jobs; they don’t require fossil fuels or emit greenhouse gases). (Bowman, a former middle school principal, was well-known as an education justice activist long before he ran for office and was interviewed by Jacobin during his campaign.)

Bowman’s office estimates that the legislation would fund 1.3 million new jobs per year and remove seventy-eight million metric tons of carbon from the atmosphere annually, equivalent to seventeen million cars vanishing from the nation’s roadways. The Green New Deal for Public Schools could become law this fall, most likely as part of the bipartisan infrastructure bill — but lawmakers will need public pressure.

Besides addressing the urgent problems facing our schools, the Green New Deal for Public Schools can introduce the public to — and provide a focal point for organizing around — the broader idea of green jobs. Other than Medicare for All and the labor law reform bill known as the PRO Act, there are few national legislative priorities more popular on the Left than the Green New Deal, the bill proposed by socialist congresswoman Alexandria Ocasio-Cortez (D-NY) and Senator Ed Markey (D-MA) to create good jobs while following the urgent call of nearly every climate scientist to move toward a carbon-free economy.

But, as DSA activists interviewed for this article explained to me, the organization doesn’t currently have the political muscle to help pass the Green New Deal bill. To do that, they said, DSA needs to build labor support and expand its reach as a mass organization, especially in working-class communities. One route to reaching this more powerful position is DSA’s campaign to pass the PRO Act; the other is the organization’s campaign to enact Bowman’s Green New Deal for Public Schools.

To build the power DSA needs to pass a Green New Deal, says Gustavo Gordillo, a member of the Green New Deal for Public Schools steering committee, the group needs “to be more embedded in working-class institutions, which public schools are.” The campaign in support of Bowman’s initiative also builds on a DSA strength: many members work in public schools — in Louisville, Kentucky, for example, the public school system is the largest employer of the DSA chapter’s members — and those members have been organizing their colleagues and unions.

DSA members working in the building trades have been doing the same. So far more than fifty DSA chapters are participating in the national campaign to pass Bowman’s Green New Deal for Public Schools, a highly coordinated effort with extensive cooperation among chapters. In a weekly phone call, members get updates on the legislation’s status in Congress, share tactics, templates for flyers, and other ideas. This level of cross-chapter communication, say Gordillo, newly elected to DSA’s National Political Committee, “doesn’t always happen in DSA and we want to do this more.”

Yvette Jordan is a public schoolteacher in Newark, New Jersey, where, she says “our schools are disenfranchised and not afforded the accoutrements enjoyed in many other communities.” Jordan teaches in a newer school building, but she says many Newark school buildings lack ventilation and are plagued by mold. Asthma and other respiratory problems are common among both staff and students.

Cara Tobe, chapter lead for the Green New Deal for Public Schools campaign in Louisville, Kentucky, describes similar problems in her local schools: a single nurse has to be shared by six different schools, whole floors of a building cannot be used because of asbestos or mold, there are not enough buildings, resulting in serious overcrowding (obviously a matter of special concern under pandemic conditions).

Devin Collins, a Jacksonville, Florida, DSA member, described (via text) receiving an enthusiastic reception in poor, black neighborhoods while canvassing for the Green New Deal for Public Schools. He spoke with mothers whose children dropped out of unresponsive, understaffed schools, and residents who described schools with toxic waste buried onsite.

A longtime environmental justice activist and the leader of a reform caucus in her union, Jordan joined North New Jersey DSA about three months ago after attending the chapter’s meetings for some time. In Newark, the campaign has focused on organizing constituents who live near the Mount Vernon School, an elementary school in the city’s West Ward that is especially lacking in resources; members have been knocking on doors weekly, engaging new recruits and getting residents to call their representatives to urge them to support the Green New Deal for Public Schools. For her part, Jordan has also been organizing her fellow educators and their unions to support the campaign.

The campaign has engaged DSA’s members en masse. A thousand DSA members participated in a launch call hosted by Jamaal Bowman this summer. The Green New Deal for Public Schools inspired the Louisville chapter’s biggest post-Bernie action, with a thousand doors knocked. It’s also been “very effective at engaging people not involved in DSA,” says Gordillo. In addition to the working-class communities whose schools most desperately need investment, the campaign has drawn many others who want to take action on climate change, Gordillo says. After Hurricane Ida claimed the lives of several people in New York and New Jersey earlier this month, NYC-DSA organized a protest at Senator Chuck Schumer’s house, demanding that he support the Green New Deal for Public schools. About two hundred people showed up.

Aside from DSA, there is no grassroots, mass organization committed to building working-class power and pressing for sound climate policy. A victory on the Green New Deal for Public Schools would be an incomparable boost to those efforts — but even more important in the long run may be the power and organization that such campaigns can build.

Liza Featherstone is a columnist for Jacobin, a freelance journalist, and the author of Selling Women Short: The Landmark Battle for Workers’ Rights at Wal-Mart. 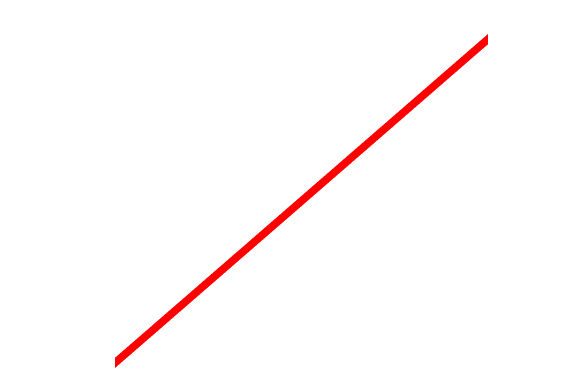