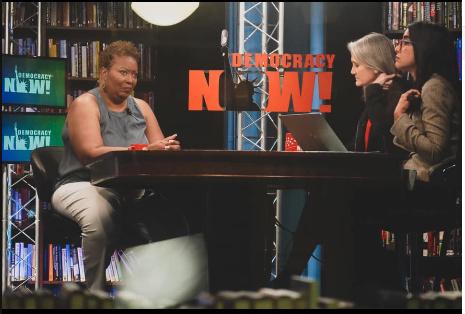 Thousands of residents in Newark, New Jersey, remain unable to drink their tap water in an enduring public health nightmare. Lead contamination has plagued the city for years, but lead levels have spiked even higher in 2019. The crisis recently came to a head following revelations that water filters distributed to residents may not have been effective. New Jersey’s political leaders are facing mounting criticism for their handling of the water crisis. Advocates say the city downplayed the severity of the problem for years and has been slow on solutions, comparing Newark’s water crisis to Flint, Michigan. We speak with Yvette Jordan, teacher at Newark’s Central High School and a resident of Newark’s South Ward, and Erik Olson, a top official at the Natural Resources Defense Council, which filed a lawsuit against Newark over the summer, accusing the city of violating federal safe drinking water laws.